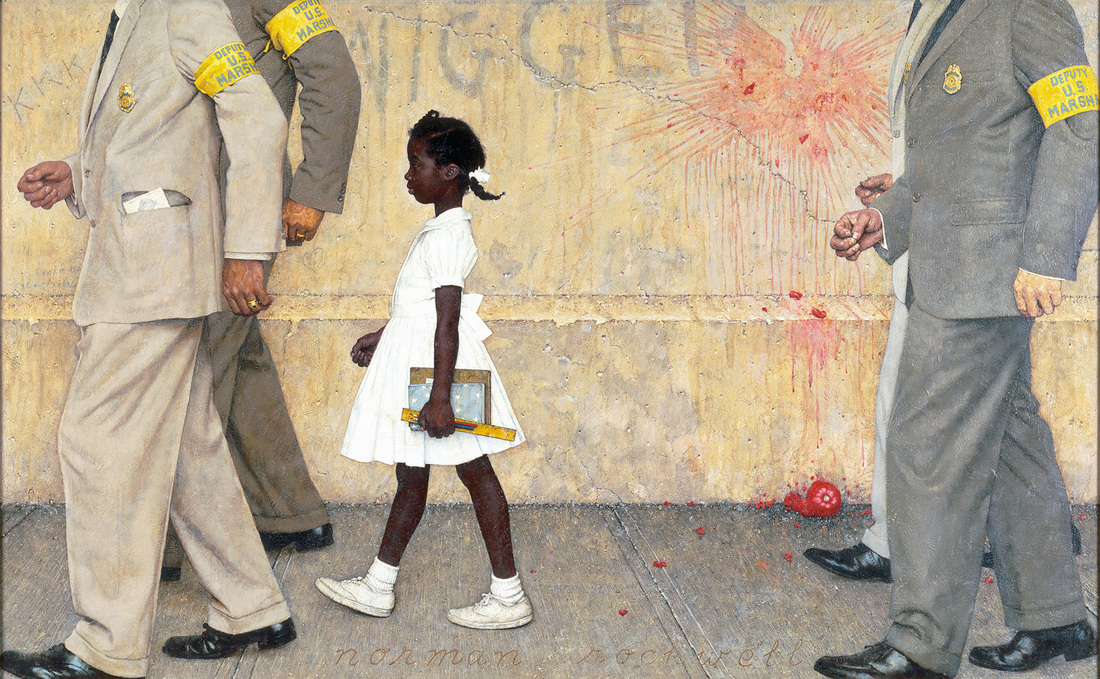 Please see the Brown Case information on the next blog also.  The next  blogs connect five Presidents: Truman, Eisenhower, Kennedy, Johnson, and Nixon.  We might have to work on the projects from today on Tuesday also.  These next five Presidents are really important to understand our past after 1945.   Please keep in mind when I will be posting the next two blogs, they are also connected to the civil rights era.  Please keep looking at the PDFs that are linked to the site topics.  The quizzes will be linked to class notes and these topics.
11.10 Students analyze the development of federal civil rights and voting rights.
Three C's 1950s
Separate is not Equal
SBNE Part II
1950s Politics
Red Scare
Cold War
Arms and Space Race
Cold War Foreign Policy
Eyes on the Prize Trans
Ike

PDF download
♦ We will continue to assess the power of political cartoons.
♦ To examine the Supreme Court’s decision in Brown v. Board of Education, Topeka.
♦ To analyze cartoons reflecting on the desegregation of public education.
♦ To chronicle pivotal events in the African American civil rights movement.
♦ To examine unresolved issues of school integration.


Further later in the week there will be posters coming around the class with topics from:  Jim Crow, MaCarthyism, and Civil Rights.  Please evaluate these cartoons also.

In Plessy v. Ferguson the Supreme Court held that the state of Louisiana did not violate the Fourteenth Amendment by establishing and enforcing a policy of racial segregation in its railway system.  Justice John Marshall Harlan wrote a memorable dissent to that decision, parts of which are quoted today by both sides of the affirmative action controversy.  One statement often quoted by opponents of race-conscious affirmative action programs is Harlan's assertion that the Constitution is "color-blind," which can be found in the excerpts below.
Judge Harlan's dissent
In respect of civil rights, common to all citizens, the Constitution of the United States does not, I think permit any public authority to know the race of those entitled to be protected in the enjoyment of such rights.  Every true man has pride of race, and under appropriate circumstances which the rights of others, his equals before the law, are not to be affected, it is his privilege to express such pride and to take such action based upon it as to him seems proper.  But I deny that any legislative body or judicial tribunal may have regard to the race of citizens which the civil rights of those citizens are involved.  Indeed, such legislation as that here in question is inconsistent not only with that equality of rights which pertains to citizenship, national and state but with the personal liberty enjoyed by everyone within the United States....
It was said in argument that the statute of Louisiana does not discriminate against either race but prescribes a rule applicable alike to white and colored citizens.  But this argument does not meet the difficulty.  Everyone knows that the statues in question had its origin in the purpose, not so much to exclude white persons from railroad cars occupied by blacks, as to exclude colored people from coaches occupied by or assigned to white persons.   Railroad corporations of Louisiana did not make discrimination among whites in the matter of accommodation for travellers.  The thing to accomplish was, under the guise of giving equal accommodations for whites and blacks, to compel the latter to keep to themselves while travelling in railroad passenger coaches.  No one would be so wanting in candor as to assert the contrary.  The fundamental objection, therefore, to the statues is that it interferes with the personal freedom of citizens....If a white man and a black man choose to occupy the same public conveyance on a public highway, it is their right to do so, and no government, proceeding alone on grounds of race, can prevent it without infringing the personal liberty of each....
The white race deems itself to be the dominant race in this country.  And so it is, in prestige, in achievements, in education, in wealth, and in power.  So, I doubt not, it will continue to be for all time, if it remains true to its great heritage and holds fast to the principles of constitutional liberty.  But in the view of the Constitution, in the eye of the law, there is in this country no superior, dominant, ruling class of citizens.  There is no caste here.  Our Constitution in color-blind and neither knows nor tolerates classes among citizens.  In respect of civil rights, all citizens are equal before the law.   The humblest is the peer of the most powerful.  The law regards man as man and takes no account of his surroundings or of his color when his civil rights as guaranteed by the supreme law of the land are involved....
The arbitrary separation of citizens, on the basis of race, while they are on a public highway, is a badge of servitude wholly inconsistent with the civil freedom and the equality before the law established by the Constitution.  It cannot be justified upon any legal grounds
If evils will result from the commingling of the two races upon public highways established for the benefit of all, they will infinitely less than those that will surely come from state legislation regulating the enjoyment of civil rights upon the basis of race.  We boast of the freedom enjoyed by our people above all other peoples.  But it is difficult to reconcile that boast with the state of the law which, practically, puts the brand of servitude and degradation upon a large class of our fellow citizens, our equals before the law.  The thin disguise of "equal" accommodations for passengers in railroad coaches will not mislead anyone, nor atone for the wrong this day done....

I do not deems it necessary to review the decisions of state courts to which reference was made in argument.  Some, and the most important to them are wholly inapplicable, because rendered prior to the adoption of the last amendments of the Constitution, when colored people had very few rights which the dominant race felt obliged to respect.  Others were made at a time when public opinion, in many localities was dominated by the institution of slavery, when it would not have been safe to do justice to the black man; and when, so far as the rights of blacks were concerned, race guides in the era introduced by the recent amendments of the supreme law, which established universal freedom, gave citizenship to all born or naturalized in the Untied States and residing here, obliterated the race line from our systems of governments, national and state, and placed our free institutions upon the broad and sure foundation of the equality of all men before the law....
For the reasons state, I am constrained to withhold my assent from the opinion and judgment of the majority.
Source:  McKenna, George, ed.  A Guide to the Constitution That Delicate Balance (New York, 1984),  pp. 384-386
​ 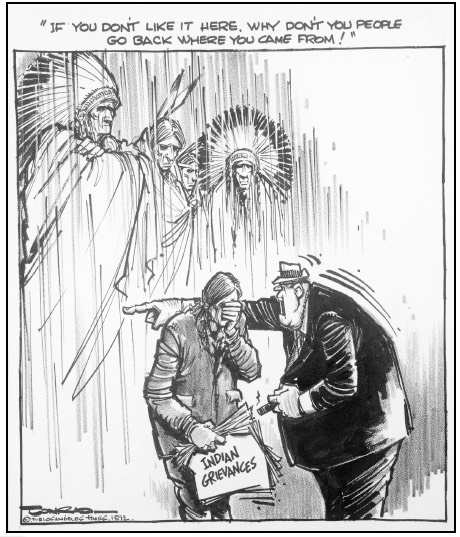