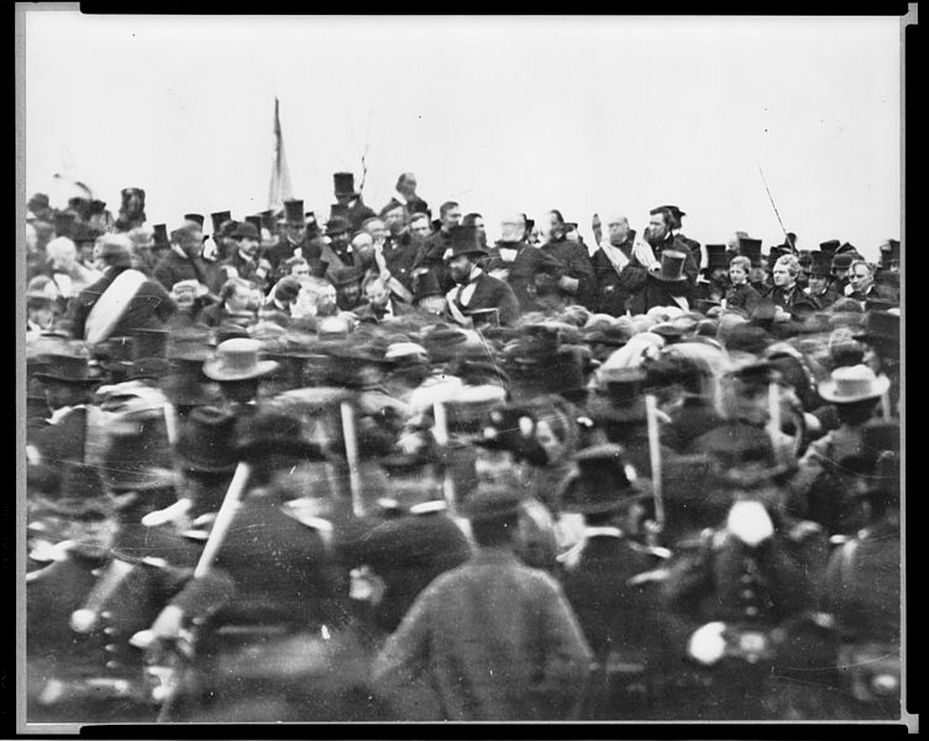 Today was St. Patrick's Day and we heard of the Battle of Vicksburg and the Gettysburg Address. We worked again on the Civil War.  Please compare with what Lincoln said in 269 words or so to what my GGs last July 4th journal entry stated.  These documents are inspiring and interesting to think about.  The current politics towards our government are really hard to process when so many Americans no longer like our government, for the people and by the people.  Try to read and watch.  Take notes and add your learnings to your interactive personal notebook.

LINCOLN
I decided that the Constitution
gives me war powers, but no one
knows just exactly what those
powers are. Some say they don't
exist. I don't know. I decided I
needed them to exist to uphold my
oath to protect the Constitution,
which I decided meant that I could
take the rebels' slaves from `em as
property confiscated in war. That
might recommend to suspicion that I
agree with the rebs that their
slaves are property in the first
place. Of course I don't, never
have, I'm glad to see any man free,
and if calling a man property, or
war contraband, does the trick...
Why I caught at the opportunity.
Now here's where it gets truly
slippery. I use the law allowing
for the seizure of property in a
war knowing it applies only to the
property of governments and
27.


citizens of belligerent nations.
But the South ain't a nation,
that's why I can't negotiate with
'em. So if in fact the Negroes are
property according to law, have I
the right to take the rebels'
property from `em, if I insist
they're rebels only, and not
citizens of a belligerent country?
And slipperier still: I maintain it
ain't our actual Southern states in
rebellion, but only the rebels
living in those states, the laws of
which states remain in force. The
laws of which states remain in
force. That means, that since it's
states' laws that determine whether
Negroes can be sold as slaves, as
property - the Federal government
doesn't have a say in that, least
not yet -
(a glance at Seward,
THEN:)
- then Negroes in those states are
slaves, hence property, hence my
war powers allow me to confiscate
`em as such. So I confiscated `em.
But if I'm a respecter of states'
laws, how then can I legally free
`em with my Proclamation, as I
done, unless I'm cancelling states'
laws? I felt the war demanded it;
my oath demanded it; I felt right
with myself; and I hoped it was
legal to do it, I'm hoping still.

He looks around the table. Everyone's listening.

LINCOLN (CONT'D)
Two years ago I proclaimed these
people emancipated - "then,
thenceforward and forever free."
But let's say the courts decide I
had no authority to do it. They
might well decide that. Say there's
no amendment abolishing slavery.
Say it's after the war, and I can
no longer use my war powers to just
ignore the courts' decisions, like
I sometimes felt I had to do. Might
those people I freed be ordered
back into slavery? That's why I'd
like to get the Thirteenth
Amendment through the House, and on
28.


its way to ratification by the
states, wrap the whole slavery
thing up, forever and aye. As soon
as I'm able. Now. End of this
month. And I'd like you to stand
behind me. Like my cabinet's most
always done.

A moment's silence, broken by a sharp laugh from Seward.

LINCOLN (CONT'D)
As the preacher said, I could write
shorter sermons but once I start I
get too lazy to stop.