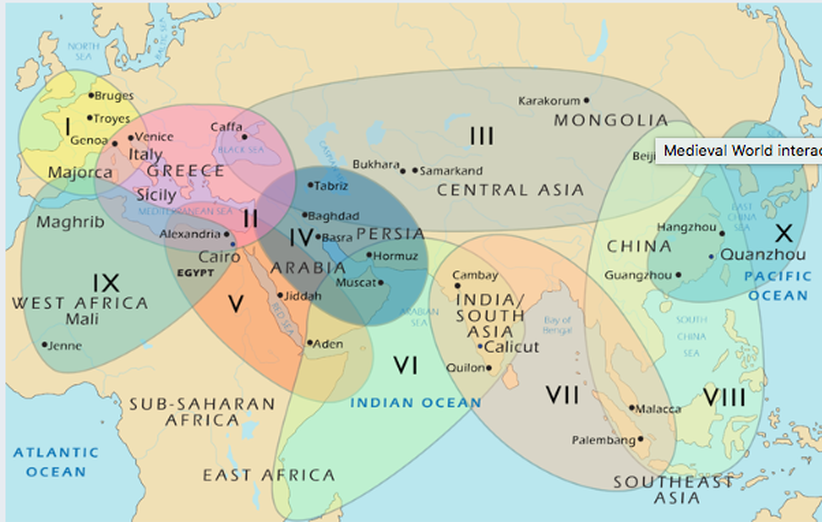 Around the year 1000 in Afroeurasia, technological innovations in agriculture caused massive increases in productivity, population growth, settlement of new lands, and a great expansion of manufacturing, trade, and urbanization. The agricultural revolution between the Tang and Song Dynasties made China the center of industry, as it produced new inventions and luxury products desired throughout Afroeurasia. Innovations spurred a huge expansion of agriculture in Europe, cultivation of new lands, expansion of trade, and a rebirth of manufacturing, trade, urban culture, and education. Networks of commercial, technological and cultural exchange covered most of Afroeurasia. In the center, the Muslim world (now divided into many states) and India prospered as producers of goods such as cotton cloth, spices, and swords, and also as middlemen along the east–west trade routes. Although people rarely traveled from Spain to China, products, technologies, and ideas did. From 1200 to 1490, those networks grew stronger, busier, and tighter.
Source: California History–Social Science Framework | Chapter 11