Shot Heard Around the World 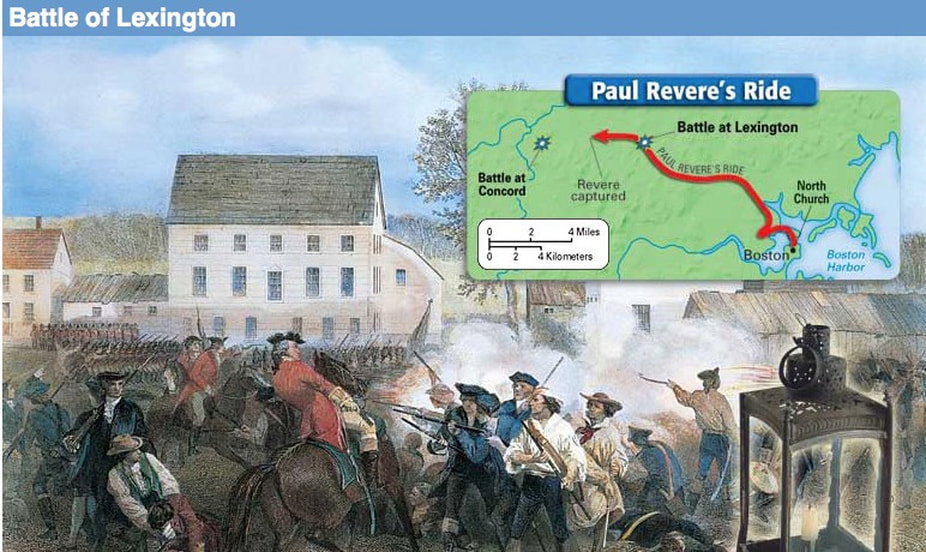 2. The Lexington Historical Society paid Sandham to make his painting. This may have influenced how he chose to represent the battle.

3. By 1886, Sandham may have had access to more accounts of the battle than Doolittle had. If we knew about the research Sandham did before making his painting, we could use that information to help evaluate the painting’s
trustworthiness.

4. Doolittle spoke to participants of the battle and created his engraving soon afterwards, which might make his account more reliable.

5. On the other hand, Doolittle was a member of a militia, and he may have been trying to portray the British in a negativelight.