How awful and heinous was slavery? 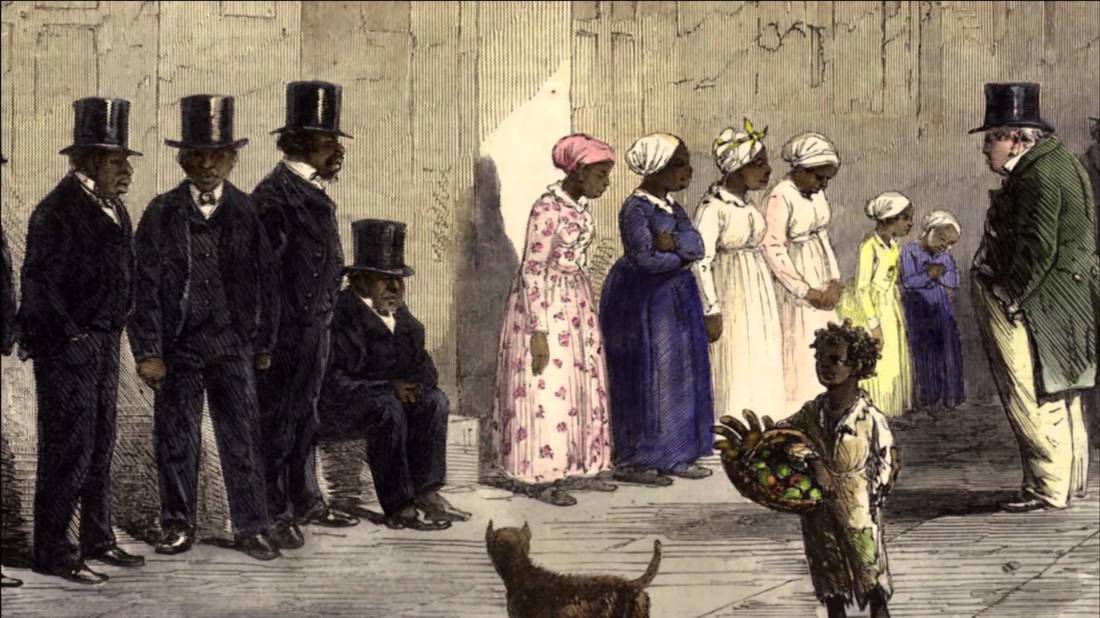 Episode Two: The Age of Slavery (1800 – 1860)
The Age of Slavery illustrates how black lives changed dramatically in the aftermath of the American Revolution. For free black people in places like Philadelphia, these years were a time of tremendous opportunity. But for most African Americans, this era represented a new nadir. King Cotton fueled the rapid expansion of slavery into new territories, and a Second Middle Passage forcibly relocated African Americans from the Upper South into the Deep South. Yet as slavery intensified, so did resistance. From individual acts to mass rebellions, African Americans demonstrated their determination to undermine and ultimately eradicate slavery in every state in the nation. Courageous individuals, such as Harriet Tubman, Richard Allen and Frederick Douglass, played a crucial role in forcing the issue of slavery to the forefront of national politics, helping to create the momentum that would eventually bring the country to war.  Below you can find the transcript to check the last two days of your class notes.
Research 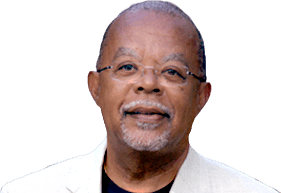 Professor Gates
You can check your notes for the last few minutes here:

Douglass finishes his speech.
00:08:19Garrison leaps up and says to the audience, "Do we have here a chattel, or do we have a man?" and the audience responds, "A man." "And should this man be returned to slavery?" and the audience roared no.
00:08:32Frederick Douglass was launched.
00:08:34Yes. He was invited to join the Anti-Slavery Society as a lecturer.
00:08:38They hired him on the spot.
00:08:40They hired him on the spot, man.
00:08:44GATES: Douglass began to travel the North giving speeches, living proof of our nation's fundamental hypocrisy, showing audiences that a black person was every bit the equalof a white person.
00:08:58BLIGHT: Frederick Douglassgave us a critique of the United States that's unique and as powerful as any we've ever had.
00:09:09He's speaking to history, to the nation, to the world about the meaningof the United States and how it has betrayedits promise.
00:09:20There's no better voice of that story and that pain and that promise than Douglass.
00:09:30I mean, he's the Martin Luther King and then some of the 19th century.
00:09:36GATES: Douglass and his allies in the North forced slavery into national politics, making it an issue of intense debate.
00:09:44In the South, slaves pressed the issue themselves by running away whenever and however they could.
00:09:54Their stories filled a growing abolitionist press, giving rise to rumors of a vast network for escapees soon called the Underground Railroad.
00:10:07Part folklore, part propaganda, the Underground Railroad was never as large as we often imagine, but it was real.
00:10:17A loosely organized network of safe houses in the border states helped more than 20,000 runaways make their way to freedom.
00:10:27The network was run by free blacks and sympathetic whites, and it required immense courage from them all.
00:10:36This is one of the fewdocumented safe houses on the Underground Railroadand the site of at least one remarkable escape.
00:10:48WOMAN: Mary Corbett heard a knock on the door and it was an enslaved man who was fleeing, and the sheriff was after him, and he pleaded to her to help him.
00:10:57So, she brings him into the house and they go all the way up to the attic area, and she points to a very, very, very small, little door in the eaves and suggests that he try to crawl in there and hide himself.
00:11:11LARSON, VOICE-OVER: There's a pounding on the door.
00:11:12The sheriff and his posse are with him, and she opens the door and lets them in, and she tells them they're welcome to search any room in the house.
00:11:24Stop. Turn around.
00:11:25And here's the cupboard that Sam hid in.
00:11:29That? Yes. Mary Corbett brought him up here and he-- and he squeezed himself in there.
00:11:35My God. It's just so tiny.
00:11:36LARSON: And the sheriff decided not to look, because they didn't think that a man could fit in there.
00:11:41They would've just caught me.
00:11:42Ha! I'm too claustrophobic to go in there.
00:11:44I just said, "Look, let's make a deal." But if the sheriff is after you with his dogs and guns, you might find a way.
00:11:50That's incredible.
00:11:51No wonder they didn't look there.
00:11:53Right. Amazing.
00:11:57GATES: Infuriated by all the runaways, southerners pushed for harsh laws to stanch the flow, culminating in the notorious Fugitive Slave Act of 1850, a watershed moment in American history.
00:12:18The law required northerners to help capture anyone even accused of being a runaway slave...
00:12:27turning the north into a police power for the south.
00:12:32It also placed every free black person in terrible danger.
00:12:37WOMAN: Every time you walked on the street, you were subject to being claimed as a slave.
00:12:42You're living every day afraid and watching over your shoulder to make sure that you're not being watched by someone who was looking for you or someone else and would happily take you if they can't find the someone else.
00:13:02GATES: As bounty hunters flooded northern cities, black people began to look for freedom in ever-more-distant places.
00:13:10Small numbers had been running away to Canada since the Revolutionary War.
00:13:15Now they began to come here-- to Niagara Falls on the Canadian border--in droves.
00:13:24Why Canada? No slavery.
00:13:28And no slavery meant no slave catchers.
00:13:30In Canada, a black person could serve on a jury.
00:13:35A black person could vote.
00:13:36A black person could own property.
00:13:39A black person could become a citizen.
00:13:42Canada was for black people what the United States was for white people-- the land of the free, the home of the brave.
​
we stopped here? 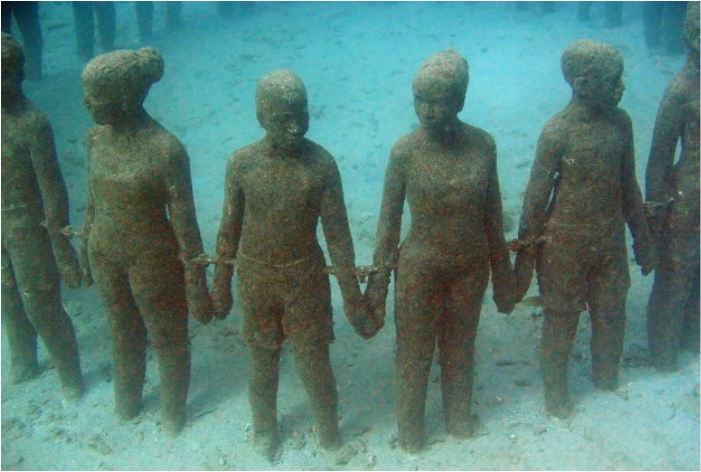 ec: .Why was this on CNN and linked to Slavery?
More on Artist 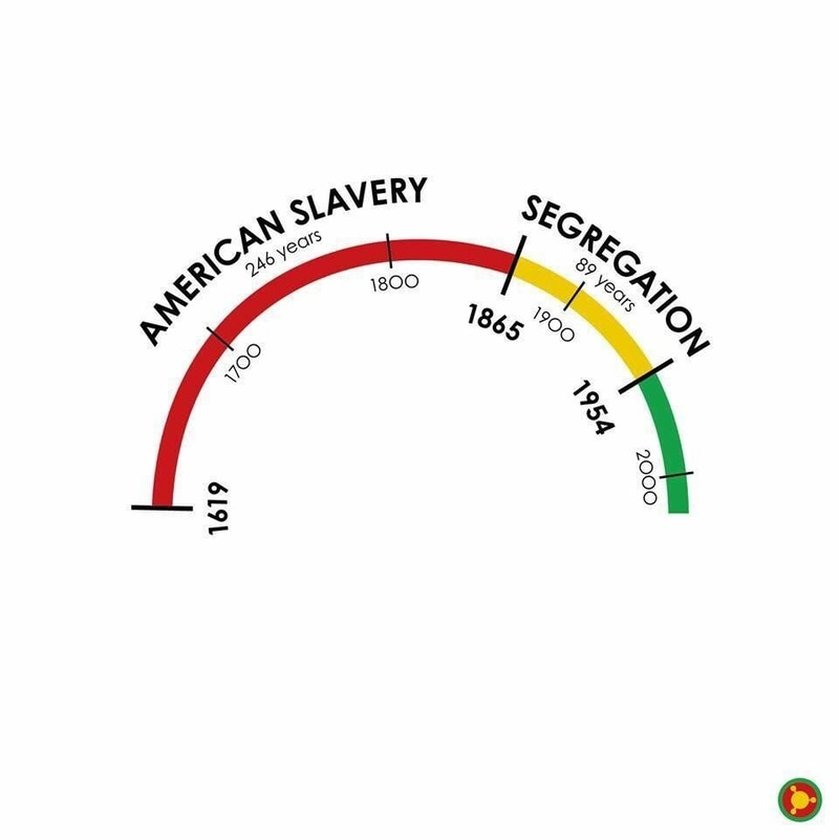 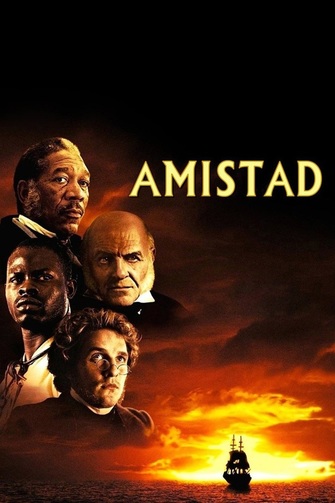 This is Black History Month, because our country has tried to remove the voice and stories of African-Americans so often, this month has been named Black History Month.  This history is all our American heritage, and has many ideas linked to our course.  Many people's stories are sometimes not heard.  Further, the History Channel has some neat information.  Please check out something and add it to your notebook.  Remember that slavery, Manifest Destiny, and the  industrial revolution, anti-immigration movements are happening simultaneously....
http://www.history.com/topics/black-history/black-history-month

​In 2016 the State of Delaware recently apologized for the American slavery system in a northern state (Wednesday, 2-10-16).  This was a legislative and state act.
http://www.delawareonline.com
https://www.washingtonpost.com

We have many issues to cover in class, and we may miss some really good historical events, due to time constraints and state testing.  The Amistad movie is a suggestion, and you should get it approved from your parents to watch.  We will not be able to see in class the film Amistad, though I recommend this if you have never seen it.  Any history student should see this to understand how really abhorrent slavery was and is still today.
http://biginvestigation-feds-failures-imperil-migrant-children
http://globalnews.ca-migrant-children-lost

The movie Amistad ultimately tells the story of illegal global slave trading and the US Supreme Court case that was part of the event.  This is 1839 or so and, Van Buren was President.  Please use the national archive link to find more interesting information on the case, and facts that swayed the court.   We will be watching Professor Henry Louis Gates, Jr., later in Chapter 11 and 12.  Since February 19th I hope we will be finish date for the ch.10 notebook.
https://www.archives.gov/education/lessons/amistad/

Republicans in the 2016 Presidential race have really attacked each other.  Jeb Bush had been calling Trump a "loser".  Trump has insulted millions.  And yet Trump still won the entire election.  For the Democratic candidates, they want to tell voters they are the top civil rights advocate, but have many different historical paths.  Now it seems that being in South Carolina they are in a heated battle for the African-American vote or any liberal vote.  I also bring this up, because it seems that the Democrats are starting to make some problems for each other.  The "kitchen sink" is being thrown at Candidate Sanders.  http://www.cnn.com/2016/02/11/politics/john-lewis-bernie-sanders-civil-rights/

Some Democrats have said Bernie posted the picture below to win against Hilary Clinton.   Some Democrats believed Bernie was trying to get the African-American vote.  This photo below has never been attached to Bernie Sanders by his Bernie Campaign.  John Lewis is saying that he never saw Bernie Sanders, which I wish looking at our current situation we would have seen more substance in the political talk.  Mother Jones did try to piece what Bernie Sanders did during the 1960s.  There are many journalists writing about his life and past since he is running for President.  This happens to people running for the highest office in the land.
http://www.motherjones.com/mojo/2016/

I have left you many images to try and assimilate the information or misinformation.  To be equally  fair to both Candidates in 2016, Hillary Clinton worked with the 1964 Goldwater campaign, in a time when they were much more moderate on some issues. [But remember conservatives and dixie-crats–southern democrats–felt that the worst US Supreme Court case in history was Brown v. Board of Education 1954].  Current cabinet nominees,  like Ms. Devos are trying to dismantle the Brown positive consequences.
http://www.slate.com/articles/news
http://www.yale.edu/ynhti/pubs
http://www.theatlantic.com/education/archive

You will need to research these ideas to reach your own conclusions.  Follow the social contract, keep searching and be curious.  There is so much to know and assimilate there may not be answers to some questions, maybe.  But if you can critically think for yourself then we might improve our democracy. As we have seen on the Wayback this week and last week, if informed voters, even immigrants, use news, it can be the lifeblood of our Democracy.  Post questions if you would like to know more or discuss the topics.  Remember what the news and knowledge means for our Democratic Representative Republic?