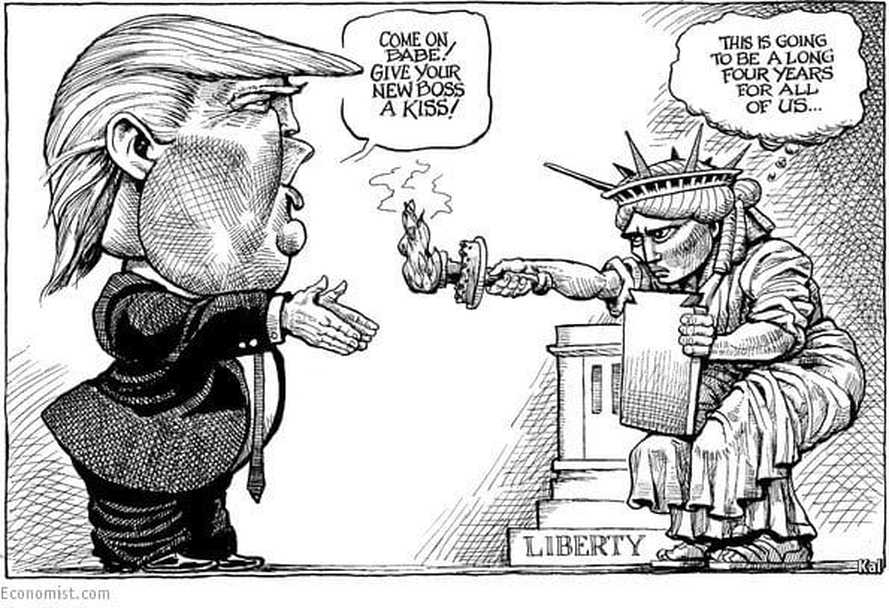 This latest election is still a teachable moment for all students of history.  The electors will be going to all the State capitals to discuss the final voting on the 2016 Presidential election.  The idea of "Republicans defending Russians" is remarkable and our "enemy since WWII", says Cokie Roberts on ABC news This Week 12-18-16.  Most of the pundits believe nothing will be happening to change the election results, but it would be interesting historically if they use the electoral college for the reason it was set up by the founding fathers.  It is like the last 100 years of American history are under attack because of the political parties degrading our elections.  This is much like the partisan election of 1800.  The 2016 Presidential election will probably now be the worst election ever in terms of partisan attacks from the Democrats and Republicans.

As we studied, in the 1800 election, it was Jeffersonian-Democrat-Republicans versus Federalists that attacked many political personalities in newspapers [Aurora].  Luckily in by 1803 Marbury vs. Madison released the jurisprudence and mind of Jurist John Marshall and saved our new Constitution from collapse.  When Congress, through legislation, abolished the courts for 14 months Marshall knew he needed to protect the judical branch which is 1/3 of the government.  Justice Marshall's genius saved the checks and balances that will possibly be used in the next four years.

There are so many conflicts of interest for the new Trump Presidency [Russia, Turkey, China, hacking, harassment allegations, Attorney General pick/KKK statements, EPA, Deustch Bank loans, Real Estate deals, financial investments, blind trust, dozens of settled cases in court from the 1970s, and etc.]  Monday is a great challenge for our electors if they understand American history, because as history students what we want to look at is, are the courts to become a purely political branch or remain a constitutional branch that decides "what the law is"?
Hamilton Electors
Electoral College
Fact Check
I hope that you were able to get the information you needed today.  Remember if you are not liking the way things are going in the election and in life, stick to the two main ideas we were discussing along with the Presidential politics and economics.  If you did not see the results you wanted for election 2016, learn more from our course, and follow the social contract.

1.  Become Great Students
2.  Be nice and kind to everyone, including yourself.

You will be amazed if everyone you know and yourself follow these two ideas.  You can change the world one person at a time.  Be the change you want to see.  It is not easy but I know you can do it ladies and gentleman.  I see it in room 27 everyday.  Take care, Mr.C : )
500 Bills to help